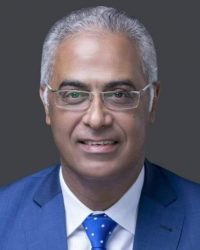 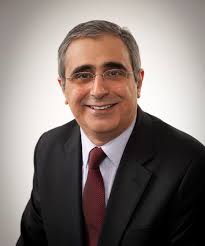 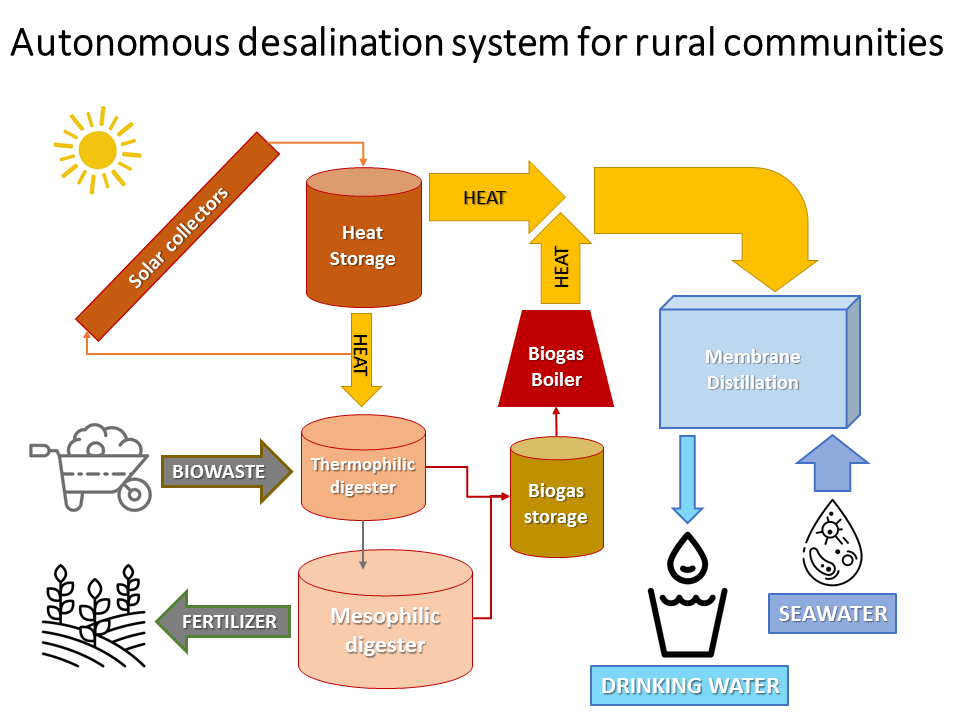 The project is a feasibility study for a water desalination system powered by solar and biomass energy resources.  Freshwater water supplies are becoming increasingly stressed as demand increases. Desalination technologies, which produce potable water from seawater, offer an alternative source of water but at a high energy cost.  Therefore there is demand for desalination systems based on renewable energy.  Solar energy has been used extensively in water desalination applications, but has shortcomings – namely during cloudy days and overnight, a backup source is needed to replace the solar energy.  We will investigate whether biogas combustion could be used as a source of heat.  Such a hybrid system using biogas from anaerobic digestion as a backup to solar energy is an entirely new technology with only a handful of studies being performed to date.

The project is planned for two years and has two parts: the first is to undertake modelling activity of the system that integrates biogas with solar energy for water desalination application with the purpose of maximising the fresh water production at the lowest cost.  The performance of different system components like solar collectors, different type of wastes, also the sharing of energy of the two systems will be investigated.  A small pilot plant (around 2m3 of fresh water supply per day) will be designed and built. 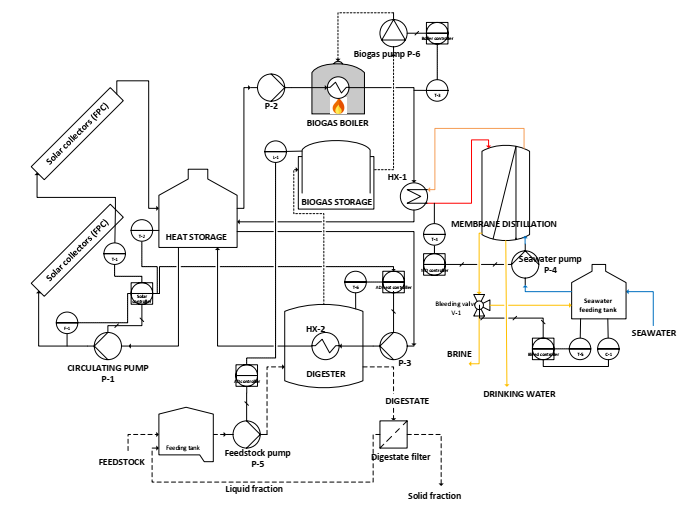 The second part of the project will be developing the technology of biogas production and combustion in collaboration with industrial company in Egypt.   The company will help with manufacturing biogas plant while they will benefit from the outcomes of the research on improving the production and combustion of biogas. The collaboration will result in developing an integrated desalination system that can be commercialized and installed in poor and rural communities like Sinai, Nile-Delta and Upper-Egypt. These units will provide biogas for domestic use and fresh water at low cost to these communities. 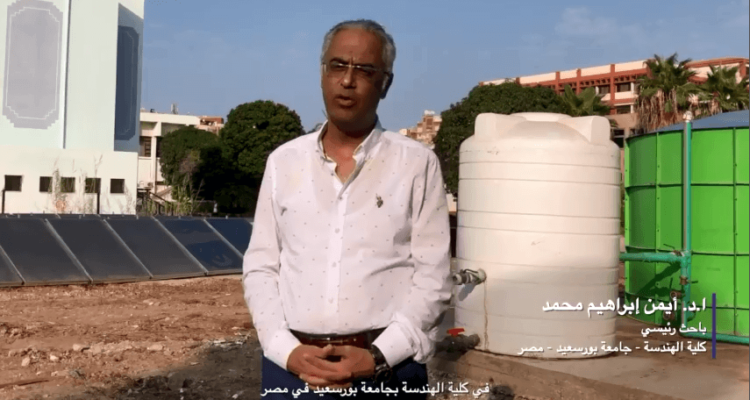 Introduction to the Project 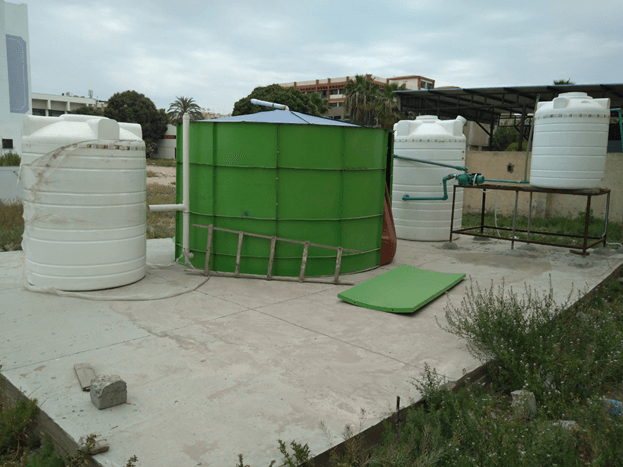 2. Demonstrate, at pilot scale, the suitability of the proposed desalination system in supplying a steady flow of fresh water in all weather conditions.

3. Perform simulation-based design and operational optimisation of the hybrid desalination system depending on solar and biomass resource availability.

4. Propose a scale-up model for the application of the desalination system in real world applications.